More and more people are travelling from and via Groningen Central Station. Around 33,000 people get on or off a train in Groningen standardised substation based on modular skids and a modern maintenance concept. The number of passengers is estimated to grow to 44,000 by 2030. To prepare Groningen for the future, major works were carried out at and around the station.

Groningen Main Station is one of the most important stations in northern Netherlands. More than 33,000 passengers use the station on a daily basis and this number will grow to 44,000 by 2030. To enable this growth, Strukton worked on improving train connections from and to Groningen. Several stations underwent major changes to make connections with other forms of public transport easier, faster and more convenient. 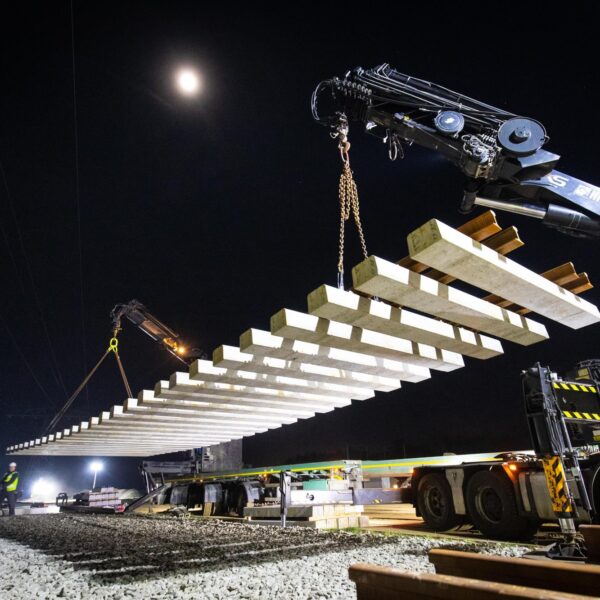 Which changes were made?

To facilitate the growing number of passengers, various works were carried out at and around the railway stations. The tracks between Groningen Main Station and Groningen Europapark Station have undergone rigorous changes. The former trainyard south of the railway station was relocated to a new area called “De Vork”, on the outskirts of the city. This created room for a fourth railway track between the stations, allowing for more trains. In addition, regional trains and intercity trains have their own rail network, enabling them to enter and leave the station more easily.

Groningen Europapark Station and Groningen Main Station have undergone changes. Groningen Europapark Station has an extra platform enabling trains from Leeuwarden, Delfzijl and Roodeschool to also stop here. In addition, Groningen Main Station has undergone a major transformation. Three tunnels were built beneath the station for passengers, cyclists and buses. These tunnels are accessible 24 hours a day and improve the connection between the Rivierenbuurt district and the city centre. Trees have been planted and the historic vault heads have been given a more prominent place.

What is the result?

New tracks allow more trains to travel from and to Groningen. In addition, the changes to Groningen Main Station provide better public transport connections to the city. The aim of these changes is to ensure that Groningen remains accessible now and in the future so it can facilitate the growing number of passengers.