On Wednesday, 22 June, we signed the last three contracts of the large-scale Rijswijk-Rotterdam High-Frequency Rail Transport Programme (PHS) project. We have been working on this project for some time and are extremely proud that we have been asked to complete it. We will be working full of energy for ProRail on the Rotterdam railyard and the Delft station tunnel. This project will allow eight Intercity trains and six Sprinters to travel in both directions every hour!

At the Rotterdam railyard we are going to renovate switches, overhead lines and platforms, making it possible for trains to arrive and depart faster in the near future. Furthermore, we are going to finish the railway system in the Delft station tunnel. We also carried out this work in the first two tunnel tubes back in 2015. The fact that we now have been asked to construct the tracks, platform, all other systems and tunnel technical installations in the other two tunnel tubes means a lot to us.

What we have already done

We have done much work in the past for Rijswijk-Rotterdam PHS. We constructed and relocated tracks, overhead lines and platforms. Lifted bridge components into place. Completed an underpass. Eliminated a level crossing. Adjusted the safety system, in a much shorter time than originally planned. And as the cherry on the cake. we constructed the first energy-neutral station in the Netherlands. Moreover, we accomplished all this with minimum inconvenience for passengers. 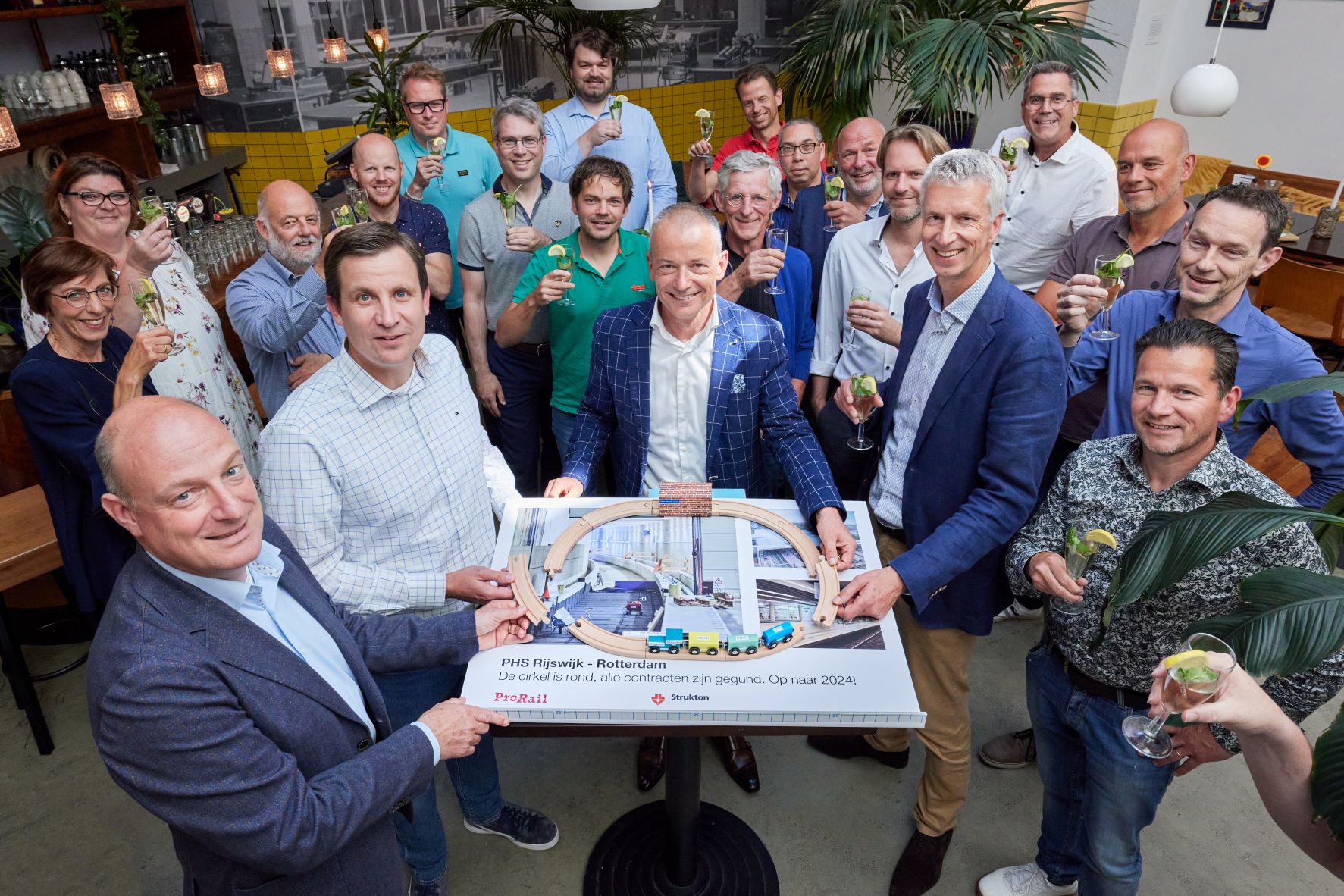