To main content To navigation
Our storiesThe future of the hyperloop: what does this mean for the rail infrastructure?

The future of the hyperloop: what does this mean for the rail infrastructure?

Each year a new team of enthusiastic students from different countries is ready to give 110 percent to the Hyperloop project. For this year’s Dutch team, it is up to  Delft Hyperloop VI, the team who recently represented their brand new design with which they will compete this Summer. A hanging pod that takes you for example from Amsterdam to Paris in only half an hour! A new way of transportation as addition to the current transportation network. What kind of impact does this system have on our current railway infrastructure?

Colleague and Team Lead Quality Assurance Products Eric Brink and Project Manager Ben van Schijndel of Strukton Rail have been affiliated with the hyperloop developments by the students of the Technical University in Delft, the Netherlands, for many years. In all those years, they have seen many different ideas. And yet each year, the students manage to surprise them once more.

Ben van Schijndel is curious about this year’s prototype, but wonders if it’s realistic.
“I am not entirely convinced of this hanging system. Technically, it does make it easier for a turnout to be placed. But you would need a separate track for that. And how does this relate to our current railway infrastructure? I believe that the Netherlands really is too small for that.”

Eric Brink also needs some time to let the new concept sink in, but sees possibilities in the Netherlands.
“I believe that our HSL (High Speed Line that goes from Schiphol Airport to Antwerp, Belgium, and from there all the way to Paris) is the perfect place for it. The infrastructure of the HSL, such as its construction, flyovers, and electricity both above- and underground is already in place. It would be nice to see the first hyperloop be implemented on such a track. And an additional benefit for the direct environment is that it will become more quiet in the area.” 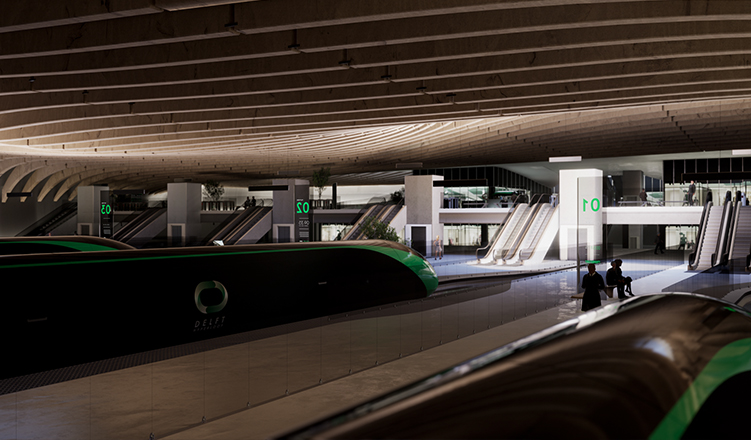 Future vision Hyperloop in the Netherlands: imagine traveling to Paris in only 30 minutes!
The students of TU Delft believe that the first hyperloop can already be implemented in the Netherlands in 15 years. To be fair, they, too, realize that this concept is not meant for short distances, but they do see opportunities. Maarten: “We now look at how we can take the concept of the first Hyperloop-station in the Netherlands (based on the Bijlmer ArenA station in Amsterdam) and turn it into a multi-modality intersection, where different means of transportation come together. This will make international travel from the Netherlands even more accessible. Imagine traveling to Paris in only 30 minutes!”  The future of the hyperloop looks hopeful and could definitely become a sustainable addition to the current transportation network. 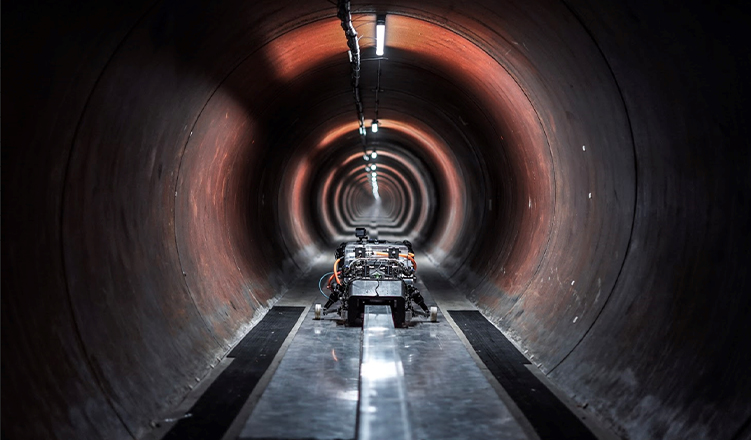